Christians who believe Jesus Christ is Lord (fully God and fully man), that He must be your Lord in order to be your Savior, and that salvation is all God's doing and none of ours. Most of us are from the PMR group (Pretty Much Reformed)

You are not connected. Please login or register

BTW (Pretty Much Refo is what it says at the header or whatever you call it at the top of the page. It's cut off.

Adam, did you coin this term, "Pretty Much Reformed"? It does have a better ring to it than the old BR (Barely or Broadly Reformed as opposed to TR-Truly Reformed.) You know that the question of who is Reformed has been beaten to death in other forums. I'm comfortable saying "I'm Calvinistic but not a Calvinist" but that's likely going to be confusing to some and others will see it as obfuscation. What I mean by the phrase is that I embrace the Doctrines of Grace but not the whole Calvinist or Reformed system of paedobaptist covenant theology, Presbyterian church government, certain views on eschatology, Sabbatarianism, etc.

I think a lot of it depends on the context in which one wants to use certain terms. If I say "I'm a Calvinist" or even "I'm Reformed" to some SBC friends who have some knowledge of the issues they know what I mean. But saying that will send some confessional WCF types into a tizzy, and understandably so.
spokenfor

.. What I mean by the phrase is that I embrace the Doctrines of Grace but not the whole Calvinist or Reformed system of paedobaptist covenant theology, Presbyterian church government, certain views on eschatology, Sabbatarianism, etc.

THANK YOU! I was beginning to think I was the only one. I plan to stay on PB for the time being because I am learning so much there, but I think this board will be a better fit for me.
Adam

I love my TR brothers and sisters but over the years I've come to feel too scrutinized or "pressured" and I don't mean that as an insult to anyone. When you feel that you can't speak too freely it's time to explore other options thus this board.

I'll see if I can keep that cut off from happening.
MrMerlin777

Some of us Reformed folks forget the always reforming part. We develop a myopic attitude at times which would say,"My mind is made up! Don't confuse me with the facts!"
elnwood

Reformed used by itself can mean descended from the tradition of Calvin as opposed to Luther and the Anglicans.

Reformed used by itself can also mean from the Dutch Reformed tradition, as opposed to Presbyterians, which could encompass the URC, but also the CRC and the RCA.

Reformed used by itself in the context of the Lord's Supper means the "spiritual presence" view.

And, of course, Reformed (and Calvinist) as commonly use can simply mean soteriologically Reformed. And this is the use that really rubs the TRs the wrong way. But definitions are determined by use. As any linguist will tell you, if a meaning is used and understood, it's a real definition.

Now, if we just used terms like confessionally Reformed, Dutch Reformed, Reformed in soteriology, etc. to clarify, I think we could eliminate huge discussions about what who is REALLY Reformed. But some claim that their definition of Reformed is the only correct one, and I think it's sad that they are divisive about it.
GMcClain20

I was scolded (mildly) on another forum for contending that Moody Bible Institute was reformed. Though I knew them to be Dispensational I felt that otherwise they were reformed. Apparently since they are associated with Charles Ryrie (supposedly the father of 'easy beleivism, which I doubt can be blamed on him) they can't be reformed. This confusion was centered on a difference of meaning concerning the label 'reformed'. Mostly I meant soteriologically, and this is how I usually mean reformed when I say it. I am a confessional presbyterian but I could really care less if a Baptist calls himself reformed. Soteriology is what is most important for me.

In certain places and circumstances a qualifier is certainly desired!
_________________
Travis McClain
My Church http://covenant-opchurch.org/
My School http://www.moody.edu/
Where I blog http://voiceoffellowship.com/

"Only the predestined inhabitants of the eternal city know how to conduct themselves in a simple tent as kings and princes of God." Geerhardus Vos
MrMerlin777

Perhaps the terms Confessional could be used when someone is a strict adherent to a particular confession and Reformed could be used to refer to those who are soteriologically reformed. Protestant still works for those churches that emerged from the Reformation. There has always it seems, been a quibiling over definition of terms. It makes my head swim at times.
Pilgrim

I would be surprised to learn that the Moody Bible Institute is teeming with 5 point Calvinists, although overall they may have a higher view of God's sovereignty than the average evangelical.
Adam

Soteriology is what is most important for me.

I think we also turn people off/away from the "reformed" camp by getting overly picky about the term. Soteriology is what's hurting the Church most and it should be the place where we start calling for reformation, working out other details after we get back on track there.

That's the MAIN point of this board, to teach and promote correct soteriology. To find those willing to admit or at least consider the reformed (Calvanist) view and go from there. I don't want keep those who either know or want to know God's plan of redemption and salvation from participating in conversation. I'm ok with sites or forums that are stricter in that regard but I wanted a place to FISH!
_________________
Help spread the word about "Fisher's of Men"!
GMcClain20

I'm not an apologist for Moody though! The education they have provided me has been good, so I will give them a good review in spite of their shortcomings.

"Only the predestined inhabitants of the eternal city know how to conduct themselves in a simple tent as kings and princes of God." Geerhardus Vos
Adam

Good question! I helped my sister with a Humanities assignment at the local community college which which focused on the bible as literature. Part of the background was on differing views of its content. One of the figures discussed was John Calvin, who was painted in the worst possible light conceivable. My sister was only 16 at the time I believe with only limited exposure to reformed thought so she totally bought the propaganda. I had to basically re-educate her, lol! I wonder what the Catholic Church teaches about the reformation? And if they do teach about it accurately how many Catholics do they lose in a given semester to the true gospel?

"Only the predestined inhabitants of the eternal city know how to conduct themselves in a simple tent as kings and princes of God." Geerhardus Vos
Adam 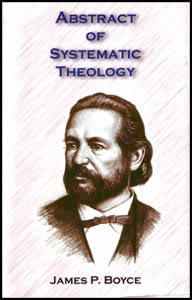 GMcClain20 wrote:I wonder what the Catholic Church teaches about the reformation?

There are a lot of seminaries that have Calvinists. TEDS has D. A. Carson. Beeson has Timothy George. Fuller has Richard Mouw. DTS has John Hannah. Southern Seminary has Albert Mohler. Phoenix Seminary has Wayne Grudem. Besides the Reformed/Presbyterian seminaries, schools generally choose not to make Calvinism an official doctrine.

Personally, I think it makes for a better learning environment to be able to interact with students and professors with opposing views on this and other topics while holding to the sole authority of Scripture.
panta dokimazete